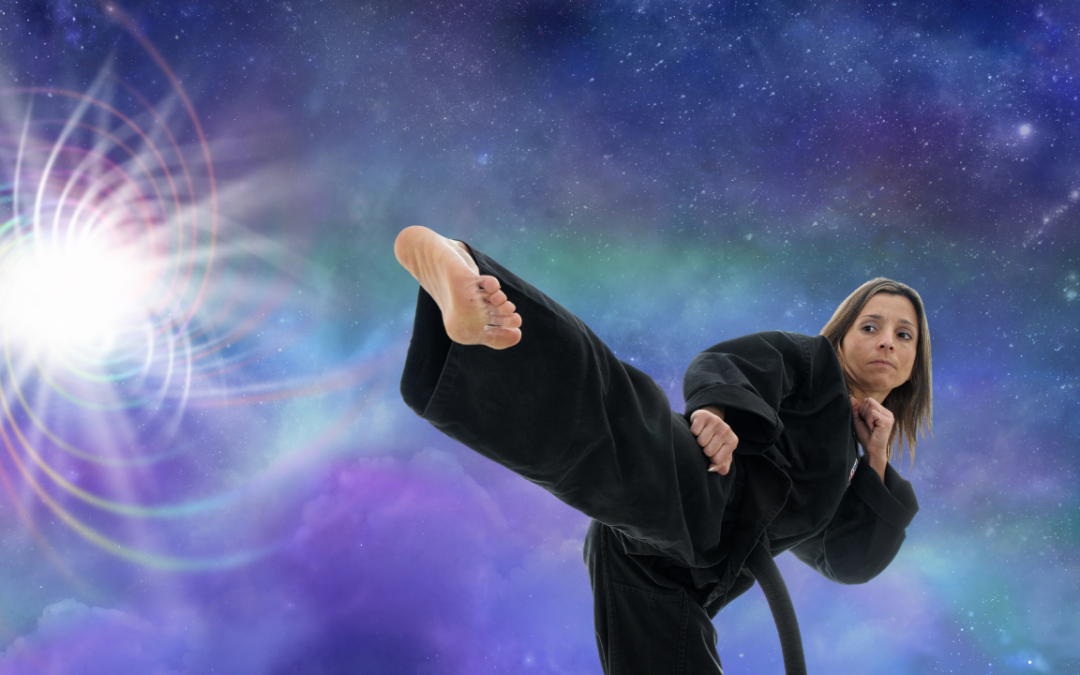 Following my previous article, ‘Why we stay too long’, I had a fantastic response through DMs and emails from people recognising that they have, indeed, stayed too long in a relationship, job or other circumstances they have outgrown or have become toxic.

Pretty much every message referred to the ‘Cosmic Kick’ I mentioned, wanting to know more information about it.

What is the Cosmic Kick?

I can’t recall where I heard the phrase or whether I ultimately made it up myself.  However, now I use it as a catch-all phrase for when something outside our control happens to force us into taking action on something we’ve been procrastinating over, perhaps for years.

I hear examples of Cosmic Kicks from my clients far too often for them to be a coincidence.  Typically, a client will have been thinking about doing something different for a while, but for whatever reason (usually fear-based), they haven’t yet taken action.

However, the more they think about the ‘thing’ but still don’t act, seemingly out of nowhere, something will happen outside of their control to FORCE them into action.

Examples can include forced redundancy, a partner leaving us, a sudden illness, or any other unforeseen change in circumstances than necessitates leaving our current path and doing something different.

Before we get to the point of the inevitable ‘Cosmic Kick’, however, there will always be warning signs, ‘nudges’ if you like, which tend to get progressively more persistent the more we ignore them.

I explain nudges as small, seemingly inconsequential things that we often pass off as mere coincidence.

Let’s use the example of ‘changing careers’ to demonstrate what nudges can look like.

You have the idea to take your career in a different direction. It’s something you would dearly love to do, and it excites you.  You’ve been thinking about it on and off for a long time (perhaps even years). However, for some reason (usually fear-based), you keep procrastinating or coming up with reasons why you can’t do, be or have the ‘thing’ despite receiving numerous ‘nudges’

We typically brush off these types of things, putting them down to coincidence, but they aren’t. There’s no such thing as coincidence!

Coincidence? The Universe is rarely so lazy!

There is a reason these things are happening, and if you fail to heed the nudges, they will likely get bigger and more persistent. If you ignore them altogether, that’s typically when you can expect a Cosmic Kick!

Is there something you want to do, be or have?

Start tuning in to the nudges – they will always be there if you’re prepared to be open to them and use your intuition.  I know it can be scary to leap into the unknown, but it doesn’t have to be. Chunk things up and start small with tiny but consistent action. How do you eat an elephant? One bite at a time!