TRAUMA WITH A LITTLE ‘T’ 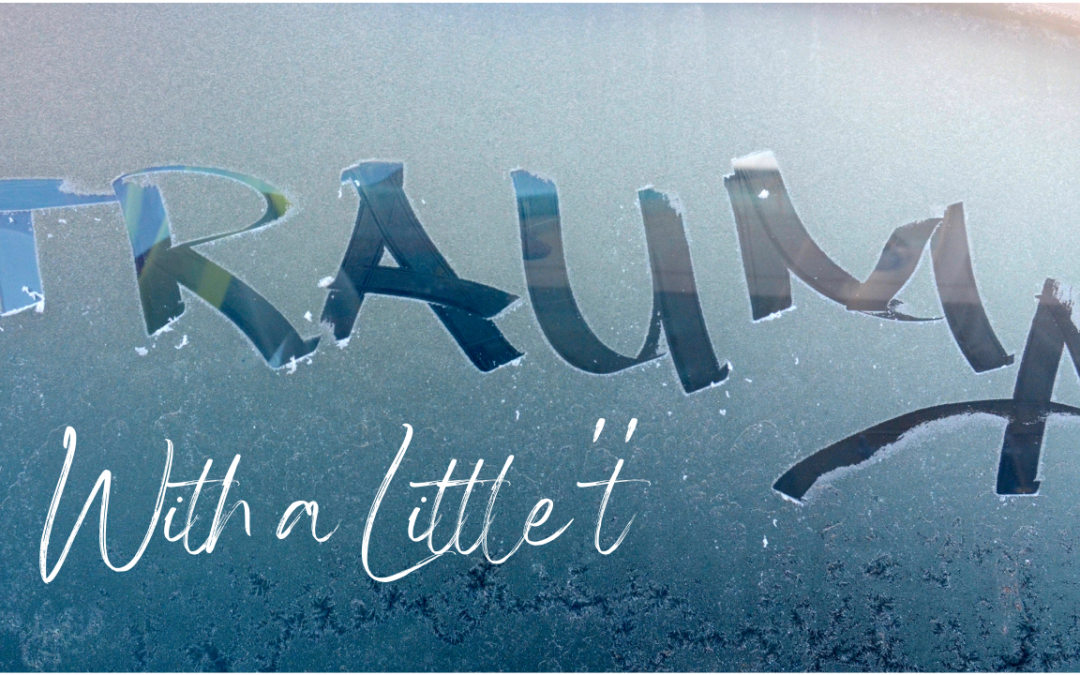 I’m guessing it’s because of the algorithms. Still, it serves as a good reminder of how important it is to continually raise awareness and remove the stigma of talking about mental health issues, regardless of gender.

What is Trauma with a Little ‘t’?

In my last article, I said I would talk more about trauma with a ‘little t’, which I hear being talked about often more recently. Essentially, it refers to many seemingly minor or micro stressors that build up over time. Typically these ‘stressors’ consist of small rejections or disappointments which accumulate. But, over time, they can severely affect our nervous system by keeping us in almost permanent flight, fight, freeze.

Trauma (large or small) shifts our brain functioning – it stays with us to protect us from similar things happening in the future. However, we weren’t built to live under constant threat, so the trauma response becomes maladaptive.

When I mention ‘trauma with a little t’, clients often say, ‘But, I haven’t had any trauma’. However, I’m not referring to the type that can cause Post-Traumatic Stress Disorder (PTSD), which can occur following a one-off, highly emotional experience. For example, a car accident, death of a loved one, or multiple significant traumas such as physical, mental or sexual abuse or ongoing bullying.

Instead, little ‘t’ traumas can occur in adulthood but tend to have their origins in childhood experiences such as:

We’ve all had these types of things happen to us from time to time. However, it’s when they repeatedly occur with no safe place to discuss or process them that problems can appear.

As I discussed in my previous article, when this happens, we often adopt adaptive behaviours (e.g. people-pleasing, not speaking up, avoiding conflict, being overly aggressive, etc.). These work brilliantly in the short term (in childhood) but have far-reaching adverse effects in adulthood.

Trauma, Our Nervous System and Triggers

Whenever we experience any kind of trauma, big or small, our brain links together everything that’s going on around us at the time, e.g. sounds, smells, pictures, people, touch, feelings, and colours. All those things get encoded in our nervous system so that if we come across anything similar in the future, our subconscious could alert us to a potential threat.

We call this a trigger. As our subconscious can’t ‘talk’ to us in words, it gives us a physical feeling, e.g. increased heart rate, wobbly tummy, feeling faint etc., to warn us to be vigilant. This explains why, if you got horrendously drunk on one particular spirit (e.g. Pernod!) when you were young, you might not be able to even think about it now. Certain places may make you feel sick when you drive past them. When you think of a person you perceive did you wrong in the past, you feel sick, sad, upset or angry. These are all triggers.

Our nervous system leaps into action whenever we experience something similar to the original ‘trauma’. The pre-frontal cortex (the thinking part of the brain) shuts down, and the amygdala (the part responsible for spontaneous activity) kicks in, triggering our stress response (flight, fight, freeze), causing symptoms such as anxiety, stress, overwhelm, etc.

The stress response dates back to our early ancestors and was originally a warning mechanism designed to galvanise us into action when there was a potential physical threat.

For example, when we were travelling from place to place, it was critical to remember there were crocodiles in that particular river or a specific type of mushroom would make us sick. Therefore, the danger from a previous unpleasant experience with one specific place, food, situation or person would get encoded in our nervous system. If any of the things (sights, sounds, smells, etc.) from the previous ‘bad’ experience present themselves again, it will likely trigger our stress response (alerting us to danger)

In my next post, dropping later this week, I’ll explain how these micro-traumas affect us in adulthood and some actions you can take to identify and overcome them. In the meantime, if you’re interested in this topic, I suggest listening to Andrew Huberman’s podcast, The Huberman Lab, No 75.