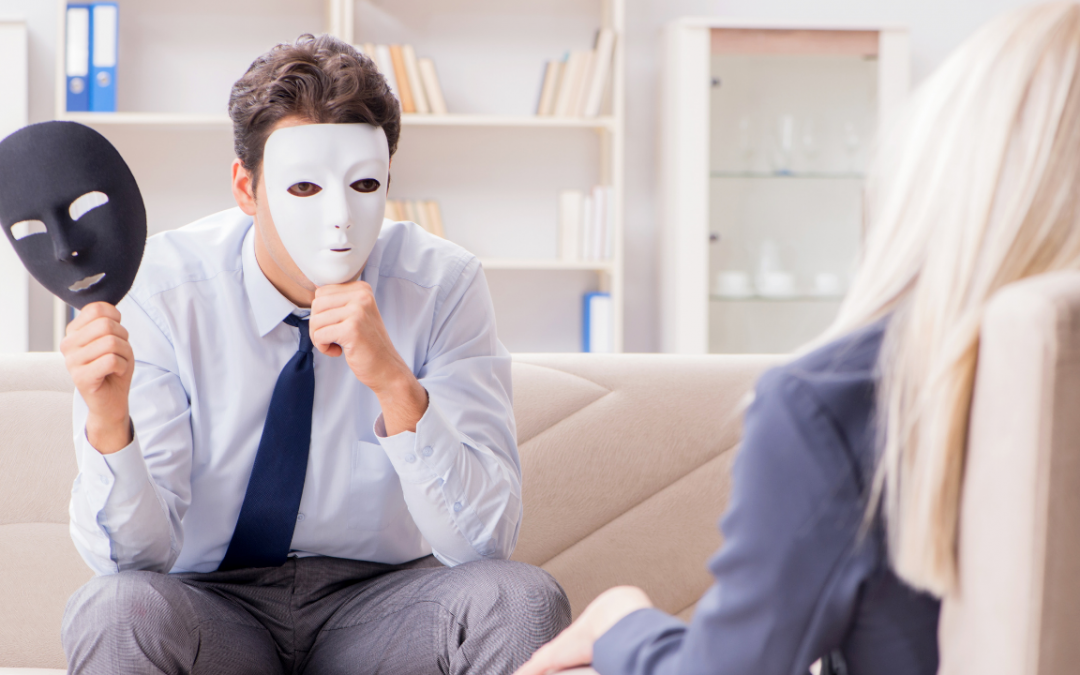 I’ve had such a huge response to my previous post, ‘Is Your Boss a Narcissist?’ (you can read it here) that I thought it pertinent to delve a bit deeper into the topic of narcissist abuse. I believe that knowledge is power – when we know better, we do better. Therefore, raising awareness is vital in understanding what is often a bewildering and confusing time for many ‘victims’. Whilst I will be focussing on work-based relationships in this article, the same pattern of abuse can also be used to describe toxic personal relationships as well as cultic situations.

We’ve all heard the term ‘narcissist’ and typically use it without really understanding what it means. It can often seem like a somewhat mythical word used to describe people who commit the most heinous crimes or for those whom we perceive to be overly self-centred. However, people with narcissistic tendencies or even full-blown Narcissistic Personality Disorder are far more common than you might expect. In addition, recent studies indicate that with the rise of social media, narcissism and other antisocial personality disorders are on the increase.

Furthermore, it may seem a bit harsh or even shocking to use ‘abuse’ and ‘abuser’.  However, bullying, intimidation and any other repeated behaviour that leaves another person feeling depleted, sad, upset, stressed with low confidence and self-esteem cannot be described in any other way.  It is abuse.

There is a very distinct cycle that all narcissists (and people with other antisocial personality traits and disorders) follow, from which they rarely deviate. The story that I hear from clients who’ve experienced narcissistic abuse is always a variation on the following:

‘They thought I was great at first.  I felt that I could do no wrong.  I considered us to be great friends. We did so much together, and I shared stuff I’d never told anyone before. I felt so valued and safe.

However, they started to pick holes in everything I did and now, I can’t seem to do anything right.  They undermine me in public and have begun to turn other people against me.  Now, they can’t even bring themselves to look at me.  They ignore me and won’t return my calls/emails, even when I’m desperate for an answer on something important.

It’s got to the point that I keep second-guessing myself; I feel like my self-confidence and self-esteem are so low that I have no option but to leave.  I need a job with less pressure – it’s clear that I just can’t operate at this level. I feel so useless. Maybe I was never any good at my job but no one ever told me or I never noticed.’

I cannot tell you how often I have heard this story; this clearly demonstrates the classic narcissistic cycle of abuse.

The 4 Stages of Narcissistic Abuse

It’s important to note that the time each stage takes to complete varies from weeks to months and, in rare cases, years.  Note: if the abuser doesn’t follow these stages, it’s unlikely they’re a narcissist!

During this stage, you can do no wrong.  You may hear things like, ‘I can’t believe how in tune we are.’ ‘We are so alike!’ ‘I’m so glad we can work so well together.’ ‘I’m so happy that I’m working with such a great person.’ ‘It’s so great to have you on my side and that I can rely on your to have my back’.

The abuser will include you in everything at the beginning – they may even overshare and prompt you to do the same.  This is part of the con – they want to build your trust quickly and get you to let your guard down.  It’s when you believe that you can trust this person implicitly that you may divulge things that you wouldn’t ordinarily.  This ‘intelligence’ is just what the narcissist wants; it will undoubtedly get noted and used against you at some later date.

Their attention may feel a bit overwhelming or even disingenuous during this time. Still, you go along with it because it feels good to be relied on and be part of the ‘inner group’, especially if you haven’t had that kind of attention before.  You’ll feel so valued that you ignore small red flags or the gentle nudge from your intuition telling you something’s wrong.  After all, you’ve finally found a boss that ‘gets’ you, and the possibilities seem endless!  However, it doesn’t last.

Idealisation or Love Bombing is something to be aware of whenever you meet someone new, no matter the circumstances. If a person bestows an overwhelming amount of positive attention on you from the outset, it’s a red flag. ‘Normal’ people don’t do that.  Take your time in getting to know anyone new that comes into your life, professionally or personally.  Beware of letting your guard down and sharing personal information too early.  N.B. If it doesn’t feel right, it isn’t.

After a while (and that time varies from person to person), you will notice a change in their behaviour.  It may be very subtle at first. For example, the narcissist may say or do one small thing that doesn’t seem like a big deal but leaves you wondering, ‘What was all that about?’  You will feel confused and unsettled, wondering what you could have done to provoke such a weird, out-of-character response.

You will find that these ‘small things’ become more and more frequent, but often they don’t seem big enough to challenge, so you let them go, somehow convincing yourself that it’s your imagination.  However, if you do decide to speak up, the narcissist will likely dismiss your concerns by saying something like, ‘Oh you’re too sensitive’, ‘That’s just my sense of humour; you need to lighten up’, ‘I didn’t mean anything by it; stop being so sensitive’. This dismissal is known as gaslighting.  It’s an effective tool that abusers use to control the situation and keep you confused.  When they do this, they are expertly moving the attention away from themselves and back on to you. Narcissists avoid accountability at all costs.

Devaluation is also when the narcissist often starts to bring other people into the mix. They may ridicule you in front of others and talk about you behind your back. Colleagues may start to treat you differently, and in extreme circumstances, you may get ostracised from the group as the narcissist begins to use your colleagues to increase their abuse.  The technical term for people who do the narcissist’s bidding in this way is ‘Flying Monkeys’.

After a while, you will undoubtedly find yourself becoming more unhappy and uncertain in your choices, ideas, and abilities.  As a result, you may stop speaking up for fear of being ridiculed or shot down.

It’s important to note that the narcissist is now showing their true colours.  In reality, they couldn’t be further from the kind, inclusive, supportive person they presented themselves as initially.  However, if they showed you who they really at from the start of the relationship, they wouldn’t get away with it. So instead, they wear you down covertly, usually in a passive-aggressive way employing manipulative and underhand tactics.

Typically when I press clients who have suffered at the hands of a narcissist, they will be able to recollect one seemingly small thing that triggered the behaviour change.  Something that they said or did that at the time seemed so inconsequential that they thought nothing of it.  However, in retrospect, they can see that the narcissist took it badly. That’s because, deep down, narcissists have extremely low self-esteem and will often take the smallest perceived ‘slight’ as a personal attack and will come out fighting!

Finally comes the discard stage. A typical indicator that this phase has begun is when you discover that you are getting excluded from meetings, emails and other important communications that you need to be part of to do your job effectively. The abuser will be deliberately keeping to in the dark, making it difficult if not impossible for you to perform your duties.

When it gets to this point, the narcissist has likely worn you down to such a degree that you can no longer operate at your best.  You may even start to underperform because your confidence and self-esteem are so low that you can no longer rely on your own abilities, second-guessing everything you do.  As a result, you find it hard to contribute effectively and feel in a consistently low mood.  You may also exhibit signs of anxiety and/or depression, making it difficult to find joy in anything inside or outside work. Narcissism is insidious – it affects every part of a victim’s life.

You are now no longer of any use to the narcissist.  They have used and abused you to a point where it’s no fun for them anymore, and they are no longer getting the same amount of ‘fuel’ from you.  Usually, at this point, the narcissist sets in motion your exit from the team or even the business.  Alternatively, it may have got so bad that you feel you have no alternative but to leave.

The discard phase is typically when people come to me for career support.  They’ll tell me that they need to find a job with less stress or they want to ‘take a step down’. That’s when alarm bells ring for me.  These are competent people who may have had 10/20/30 or even 40 years working without ever having doubted their abilities or been spoken to about their alleged ‘underperformance’ previously. It’s a huge red flag to prompt me to dig deeper.

The Hoover is an additional phase that you see typically only in personal or cultic relationships. Although it can happen in work-based scenarios, it’s rare, as it occurs after the narcissist has left the victim (or vice-versa). Typically, in professional relationships, the victim will have left the department or the business either on their own accord or otherwise, before this stage can be implemented.

In personal and cultic relationships, however, this stage is a key part of the cycle for the narcissist. It occurs when they begin to miss their original narcissistic supply and attempt to ‘hoover’ the victim back into their life. Again, it’s about the abuser having power and control over the victim and proving that they can get them back whenever they want.

The hoover phase typically starts with ‘love bombing’ and the narcissistic cycle begins all over again.

In the next post, I’ll discuss why narcissists do what they do and how they pick their victims. Until then, please leave any comments below or if you’d like to speak to me in confidence about your experiences and how I can help you, please DM or email me in confidence at jo@jobanks.net.