7 WAYS TO SPOT A NARCISSIST 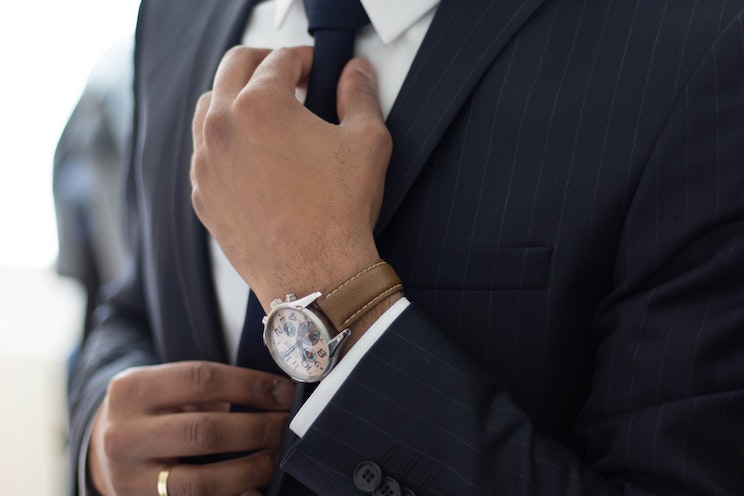 The N-word (Narcissist) has raised its ugly head a few too many times with clients over the last few months, so I thought it worth a revisit.  Sadly, there are people with varying levels of personality disorders all around us, ranging from borderline personality disorder to narcissist, sociopath and ultimately psychopath.  They all share very similar traits; the difference between them typically lies in the extent of them.

Often it’s hard to make sense of what’s going on when you are unfortunate to encounter one of these personalities; you may even think it’s you (at least that’s what they want you to believe) and you end up blaming yourself for what’s happening.  In extreme cases, being around these people can severely affect your mental health, causing stress, anxiety, low confidence and low self-esteem.

I must point out that I’m not a qualified psychiatrist or psychologist. Still, I repeatedly come across these personalities, both personally and professionally, and have undertaken a considerable amount of study on this subject over the years, in a bid to make sense of the devastation they can reap and to help clients overcome the effects of such toxicity.

I’ve already covered some aspects of this topic in a couple of previous articles:

But what I haven’t covered in any detail, is how to identify someone who has toxic personality traits.

1. You feel that something’s ‘off’

You can’t quite put your finger on it, but something seems ‘off’ with that person.  It could be that they have a weird sense of humour, that makes you feel uncomfortable, or you don’t feel right when you’re around them. Your subconscious can tell far more about whether a person is ‘safe’ than your conscious mind ever could. Your intuition is a built-in safety mechanism specifically designed to keep you away from pain and is deep-rooted in your DNA dating back to our caveman ancestors.

2. You can’t make sense of certain things they say and do

Narcissistic don’t have the same view of the world as most of us; they consider themselves to be elite and above everybody else and, so, the same ‘rules’ don’t apply to them.  They seem to have a lack of basic human kindness and empathy (lack of empathy is a real giveaway).

3. They put you and others down

Narcissists take great enjoyment from putting other people down; making them the butt of their jokes and undermining them at any opportunity.  They will often use passive-aggressive techniques.  When you try to address their behaviour, they will say things like, ‘I’m only joking’, ‘Don’t be so touchy’ or ‘You just don’t get my sense of humour’. Despite the way they present themselves, narcissists are typically self-conscious and have huge self-esteem issues.  They build themselves up and make themselves feel good by putting others down.

4. They will never be happy for you

A narcissist will never be happy for you, and will only congratulate you if it makes them look bad if they don’t in front of someone they perceive to be higher status than them. But beware; they won’t mean it. Again, they have low self-esteem, so if you do something praiseworthy, it will hold a mirror up to them and make them feel bad, so they won’t be in a hurry to congratulate you for it.

5. They will take the credit for your achievements

6. They will ‘gaslight’ you

Gaslighting comes from the 1940’s film of the same title, where a husband slowly tries to drive his new wife mad by playing psychological tricks on her.  In a work scenario, gaslighting most commonly takes the form of ‘selective recall’.  For example, the narcissist might ask you for something, and you say, ‘But you told me you didn’t need that’ to which they’ll reply, ‘I never said anything of the sort. You’re imagining things‘.  In isolation, this may not seem like a big deal; however, if this kind of behaviour occurs repeatedly, it could be a red flag.

7. They lie without conscience and have no empathy

One of the main traits of a narcissist is lying.  They have absolutely no issues with it.  As soon as the lie comes out of their mouth, to them, it becomes their truth, and they will argue that black is white, to maintain their stance.  They also have zero empathy.  They don’t care what they do or whom they hurt.  They can, however, mimic empathy if they think that it will advance them in some way.

Dealing with a narcissist on a prolonged basis can make you question everything about yourself.  I’ve seen hugely successful people turned into a shadow of their former selves following encounters with such personalities.

What’s important to remember is that narcissists rarely pick on weak people; there’s no challenge in that. They get their enjoyment (and make no mistake, it is a game to them), from systematically breaking people down those whom they perceive as either a threat or a strong personality.

There are lots of techniques you can use to combat the effects of a toxic personality. If this topic resonates with you, please do not hesitate to get in touch.

(Note; Although I’ve used a picture of a man in the heading, personality disorders also appear in women.)