THE CURSE OF PERFECTIONISM 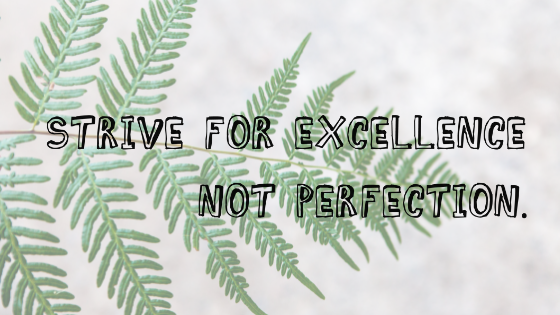 For as long as I can remember, I’ve always tried to be as perfect as possible in most areas, not least, in my writing. I used to agonise over everything I wrote attempting to make it as accurate as possible before publishing.  I would pore endlessly over a single word, resulting in one post taking literally weeks to write, proofread and publish.

However, that all changed when I received a great piece of advice while I was writing my first book, ‘Thoughts Become Things’.  When discussing my concerns with a fellow author, he said, ‘Jo, like a painting, a book is never done, you can make alterations forever.  At some point, you just have to put an end date to it, publish it and live with it. There will be errors, and people will judge and criticise for it, but you have to remember that it’s unlikely that the majority of those people have even thought about writing a book, let alone actually done it. So what does their opinion matter anyway?’

That one bit of advice changed a lot for me.  I’ve now written nine books, dozens of blogs posts (published on three different platforms), as well as newsletters, social media posts, etc., etc.  Unfortunately, with that amount of content comes the odd mistake (despite taking every precaution, e.g. proofreading by myself and others, using Grammarly, etc.). However, the fact that I am helping thousands of people to lead a happier, more productive life, means I am now able to live with the occasional error.  I’ve learnt that it’s far better to get the stuff out there and offend few ‘Grammar Warriors’ than it is to live in learnt helplessness, achieving less and helping no-one.

Incidentally, from time to time, I receive emails from ‘well-meaning’ readers informing me of my occasional typos.  This used to really bother me, mainly because someone had pointed out my imperfections and I felt that I was being judged.  Now, I simply thank them for their diligence, knowing that either they genuinely believe they’re helping or that I have unwittingly hit on something they potentially need to work on (their own need for perfection!).

I also often come across perfectionism with many of my clients.  Typically they aren’t living life to the fullest or achieving their best lives because they are waiting for everything (including themselves) to be perfect.  Here’s the thing; nothing is or ever will be perfect nor is there ever a ‘perfect’ time for starting or doing something.  Sometimes you have to JFDI (just flippin’ do it!) and live with the consequences, and if someone judges you for it, it usually says far more about them than it does about you.

Instead of striving for perfection, strive for excellence.

If you concentrate on excellence rather than perfection, just think about how much more you could achieve!